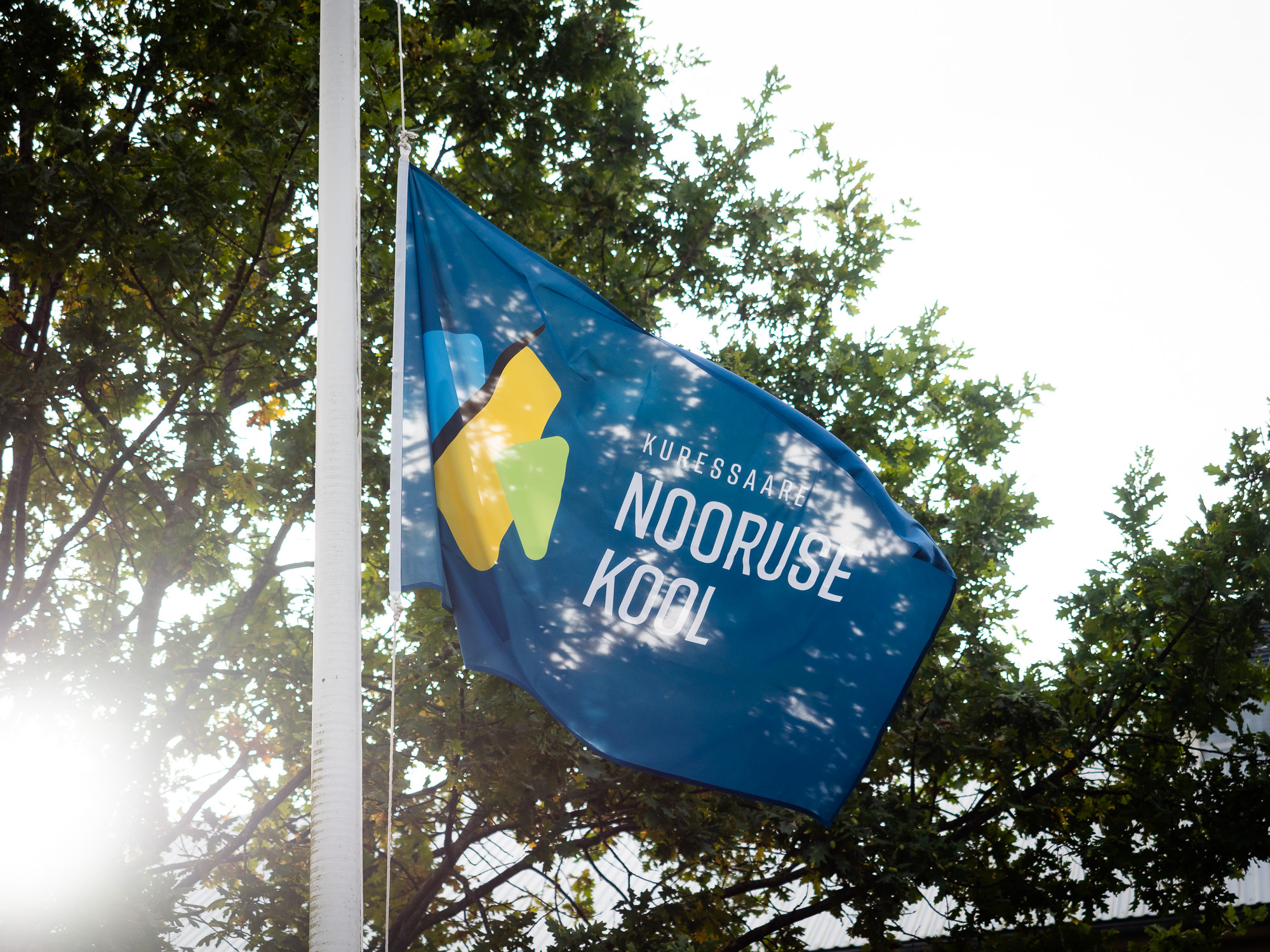 On 28 February, 2020 Saaremaa Municipal Council regulated adopted decision to terminate secondary education in the school what has been active since 1978. The school will continue as a general education and leisure activities school, where the learning takes place in the I, II and III levels of the basic school. Since 1 September 2021 the school’s name is Kuressaare Nooruse Kool.

As of September 2021 at Kuressaare Nooruse Kool studies 758 pupils between the ages 7−16. The number of teachers is about 70 and the school’s headmaster is Toomas Takkis.

The graduate of Kuressaare Nooruse Kool is ethical and caring person who can cope in life, is eager to learn, healthy in body and mind, values their homeland, and is a digital, enterprising and health-conscious islander.

Our mission is to commit to achieving our goals, to support each other along the way, and to keep school fun and the spirit of learning alive.

Figuratively, the focus areas that cover the development of general competencies form three meridians, which are united by the Nooruse-equator with the zero meridian of Arensburg, which in turn rely on the energy channels – the learning meridians.

The equator symbolizes an important guiding-mark in the student's development: moving across nine parallels, learning new skills they reach a symbolic outline, and when crossing it appropriate rituals ensue – the final exams.

There are still a lot of undiscovered land and new knowledge waiting ahead of it, but the meridians of technology, well-being and feeling like an islander at heart will be the guidance – at same time not forgetting the beginning of the beginnings and the starting point at the Nooruse Kool, the zero meridian of Arensburg. Students draw energy and motivation for a sustainable lifelong learning journey from learning meridians (learning skills) that support the interest in knowledge and the joy of learning.

The logo of the Kuressaare Nooruse Kool is created by the students of the design department of the Kuressaare Regional Training Centre. Valmar Voolaid led the team that created the logo in inspiring colours and expressing the values important to the school, and the design was completed as a teamwork assignment for the vocational examination in design graphics.

The lyrics of the Kuressaare Nooruse Kool school song are by Marit Tarkin and Laine Lehto and the melody is by Laine Lehto. The song was written for Kuressaare Gymnasium in 1998.

Kuressaare Gymnasium and the history of the school

On November 4, 1976, the cornerstone was laid for the new secondary school building on Nooruse Street, and Kingissepa 2nd Secondary School was officially founded on June 21, 1978.

Our aspirations at Kuressaare Gymnasium, our vision, our ideal was summed up in three words: FREEDOM, BEAUTY, TRUTH - we tried to work in such a way that our students would strive for the ideal expressed in these words in their future lives.

Our mission was to work in a way that people involved in the school would say: "Kuressaare Gymnasium - and you want to go to school here", in other words, they expressed their satisfaction and their desire to work or study here.

Our aim was to shape an ethical, life-fulfilling person, a lifelong learner; to offer as many teachers and students as possible the opportunity to move to the highest level of self-realisation in their understanding and aspirations.

Congratulated at the school's 20th anniversary celebrations in August 1998.

In 1994 the school logo was introduced, designed by Liina Õun. 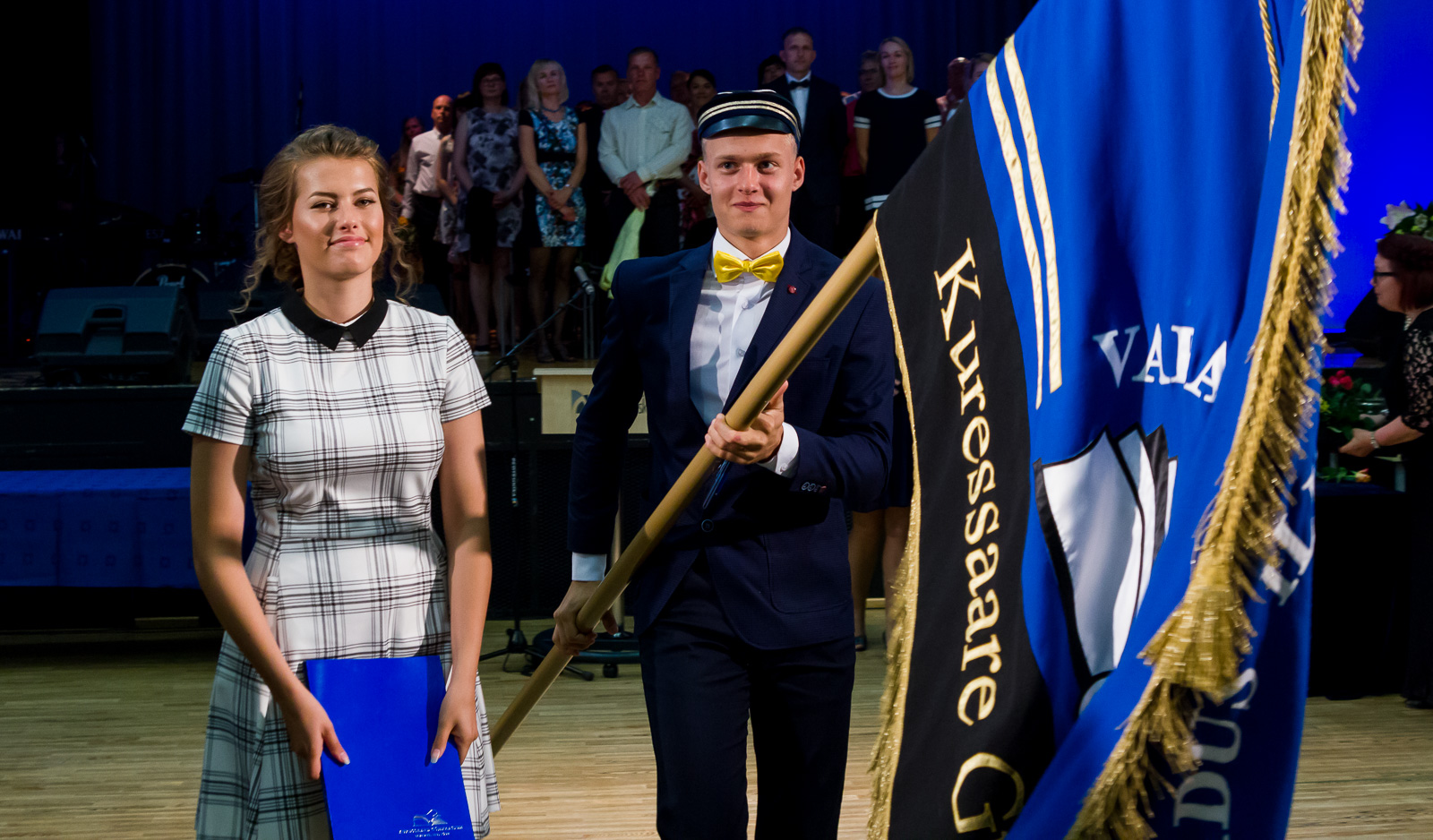 Toomas Takkis has been the school's headmaster since 1987. 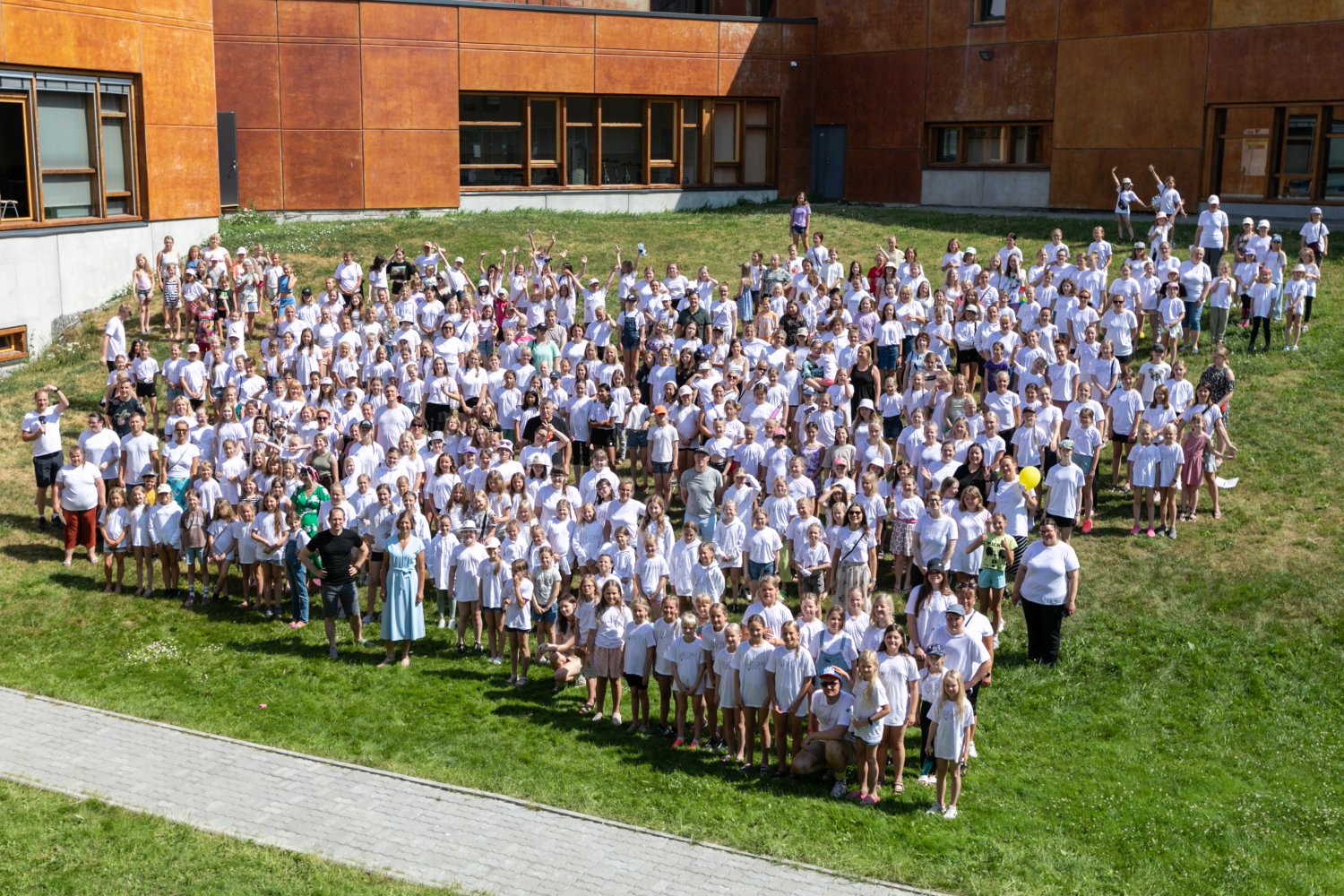 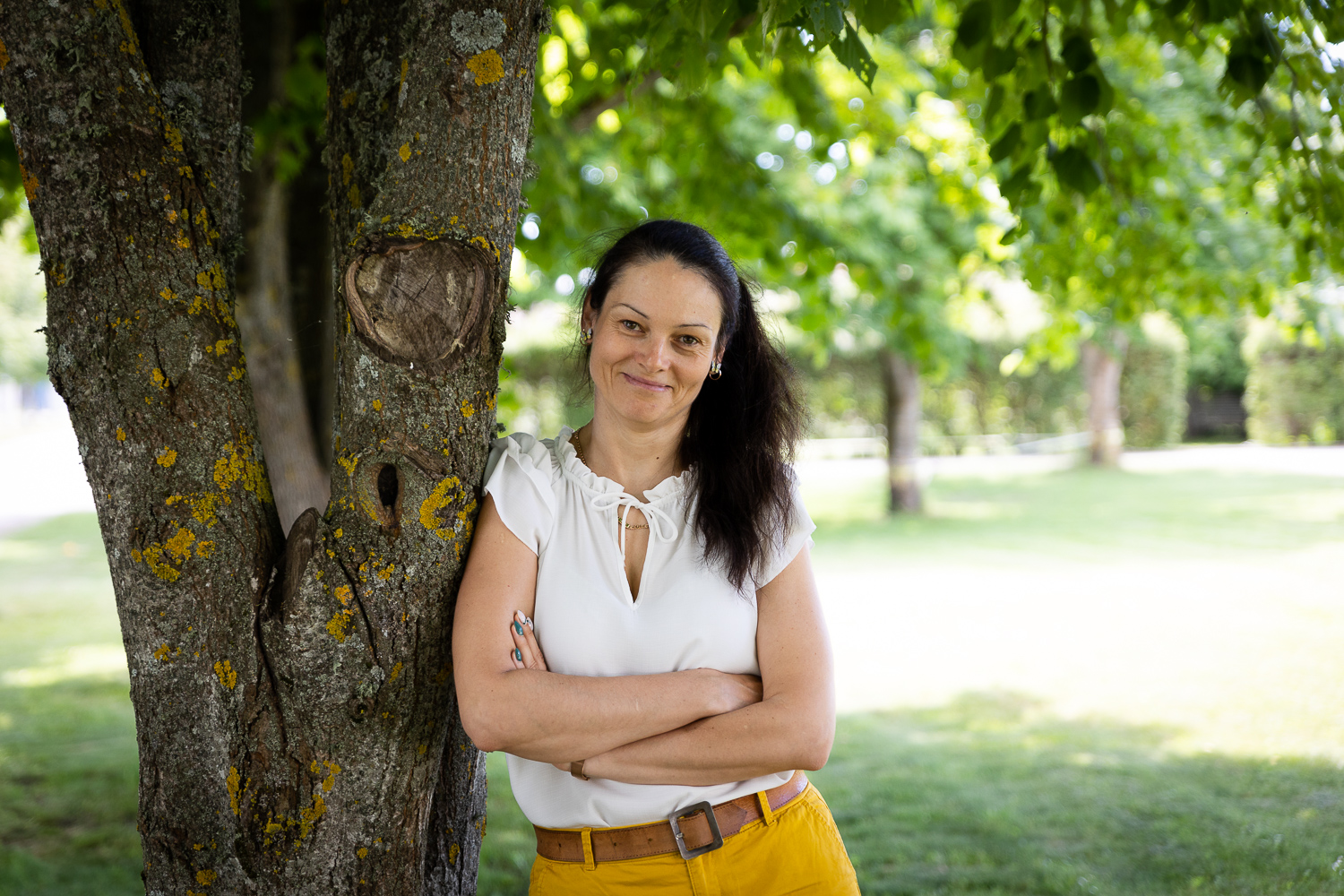 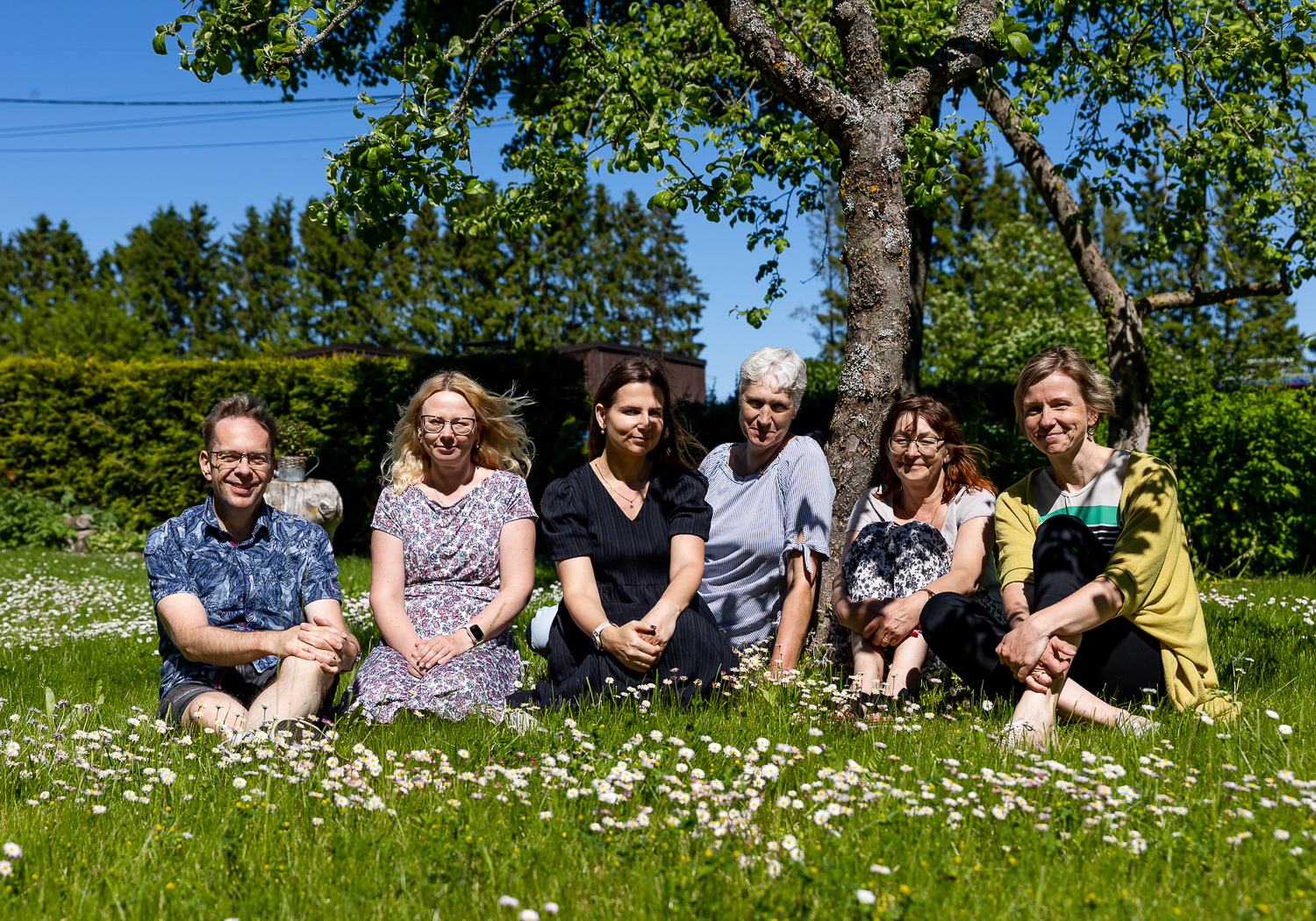 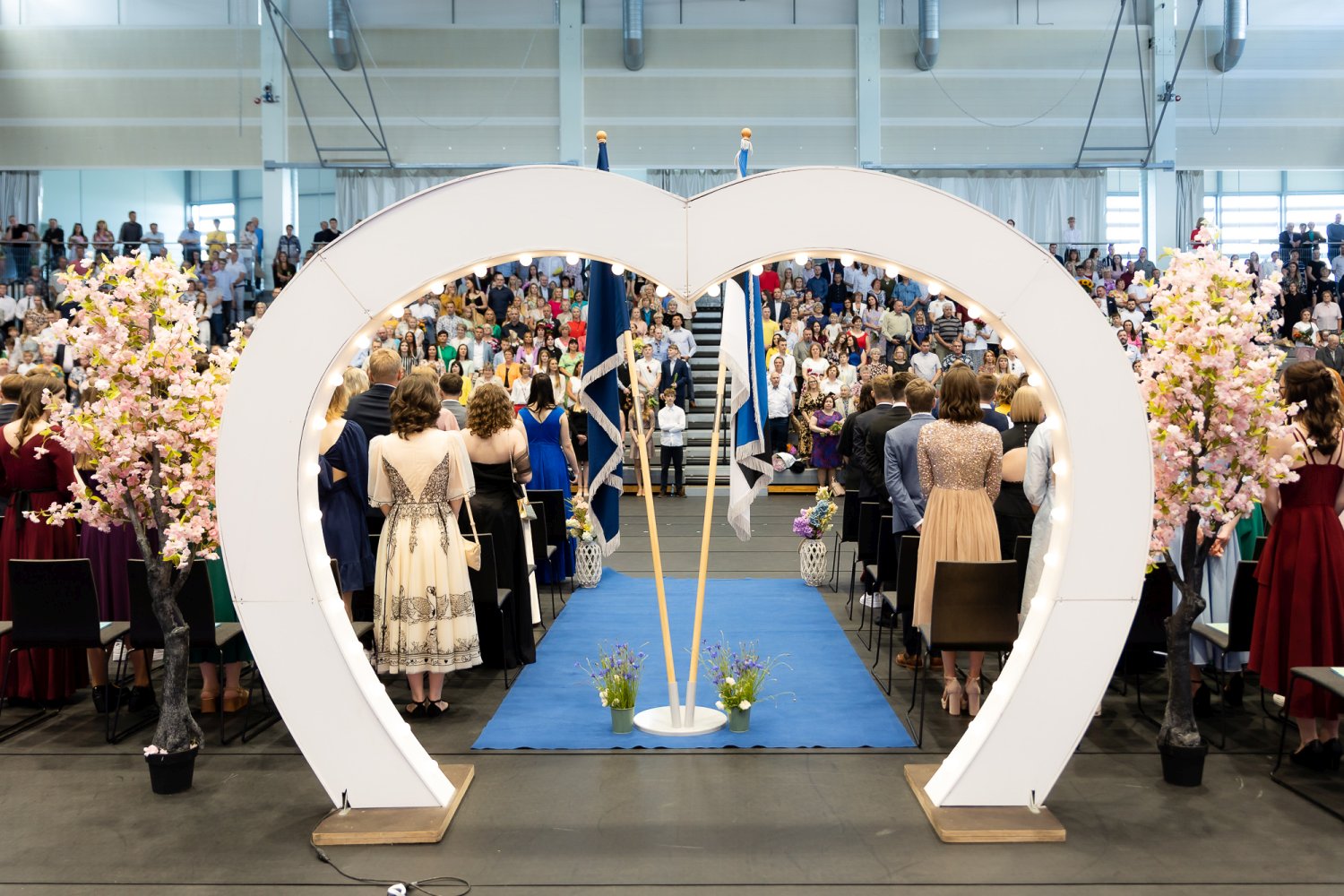 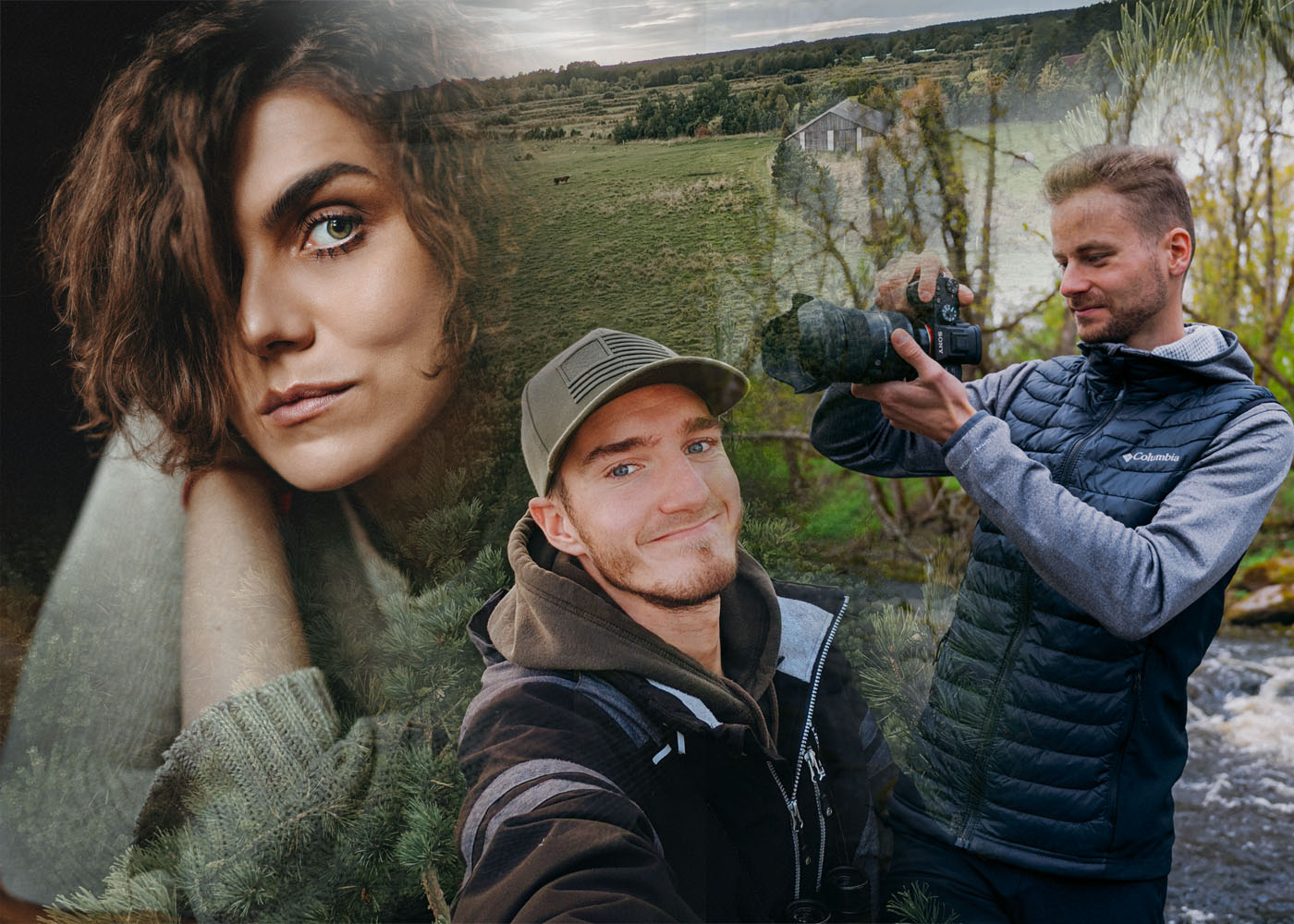 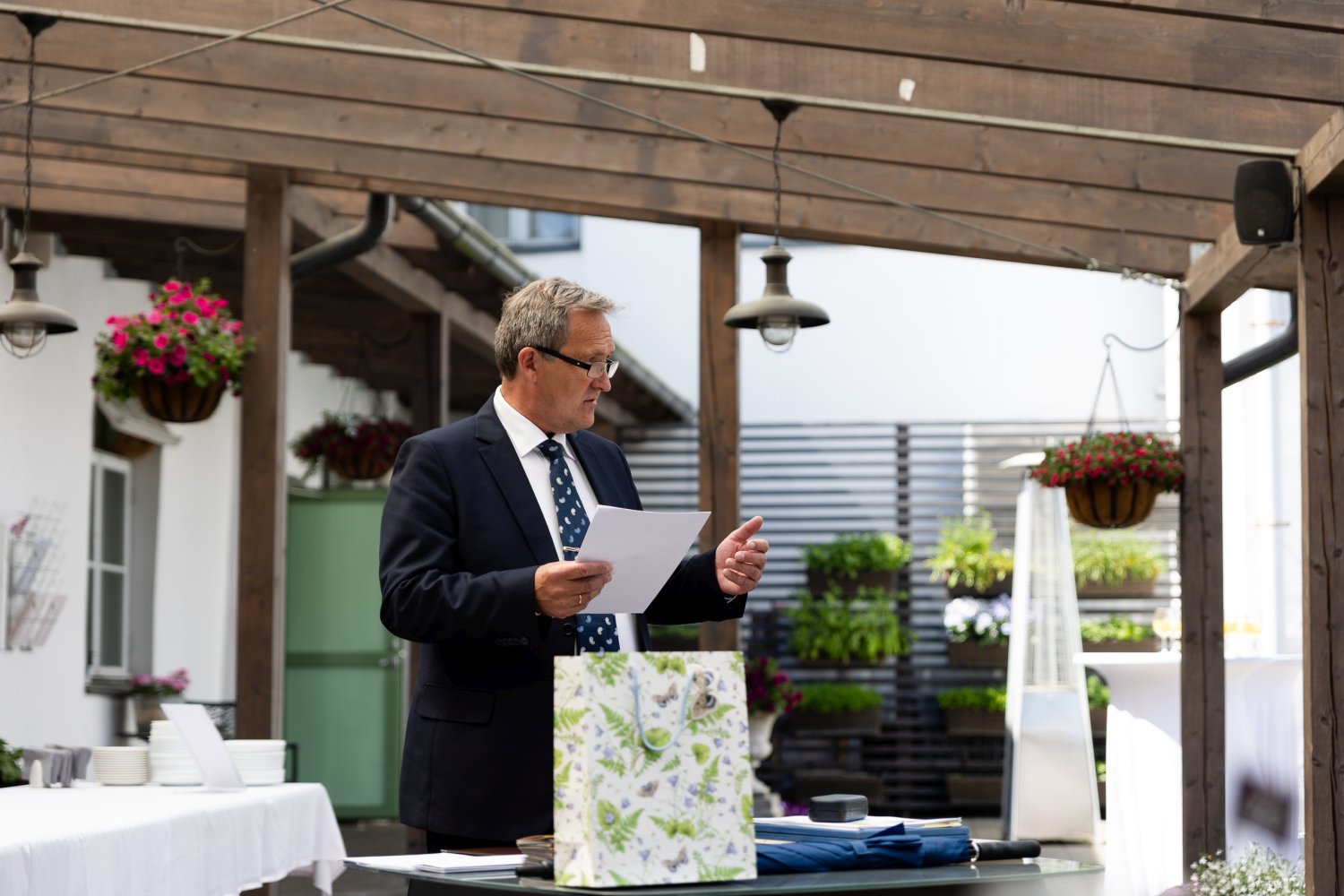 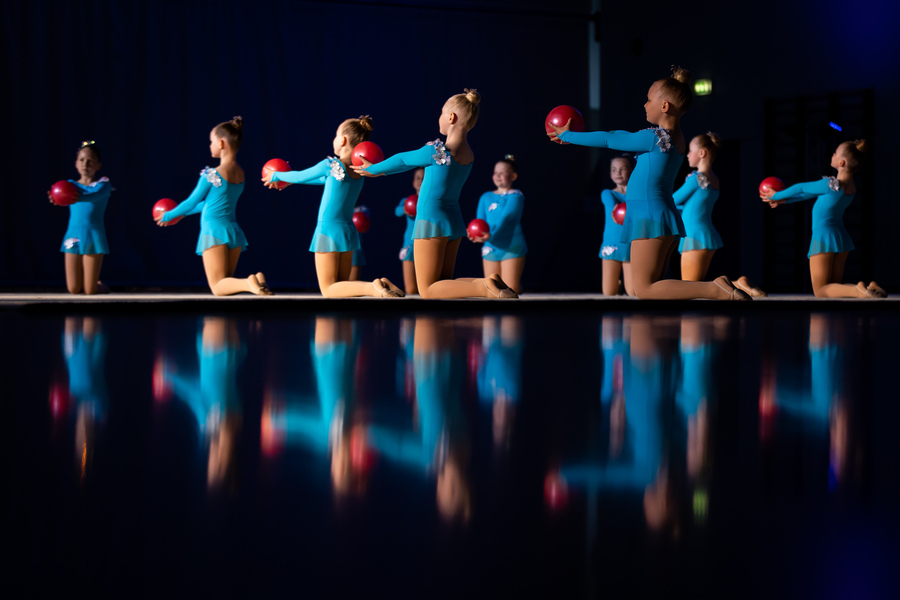 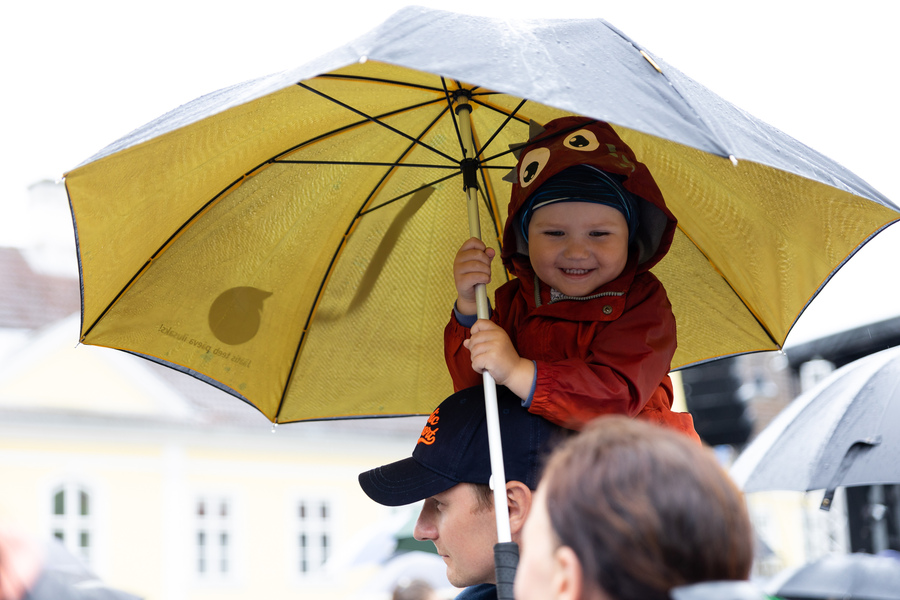 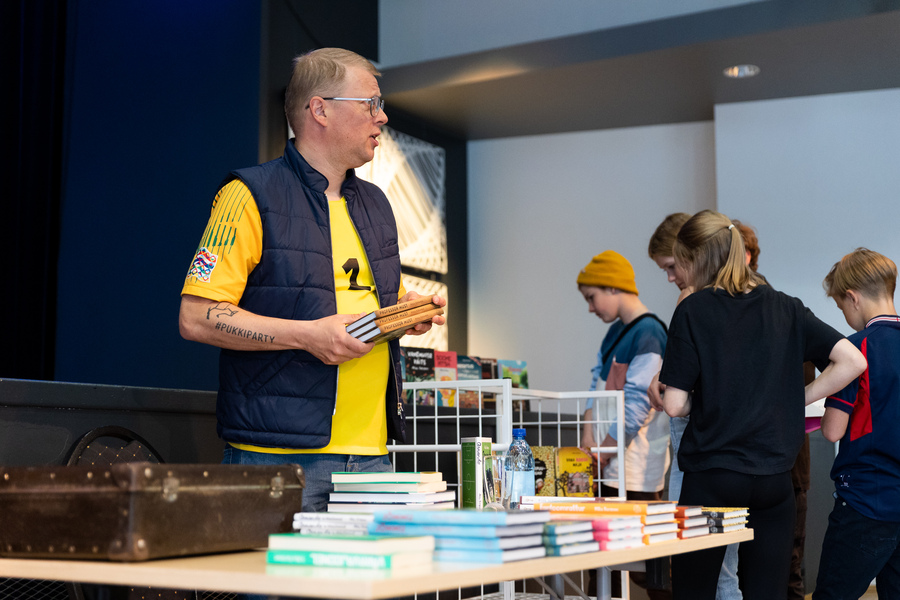 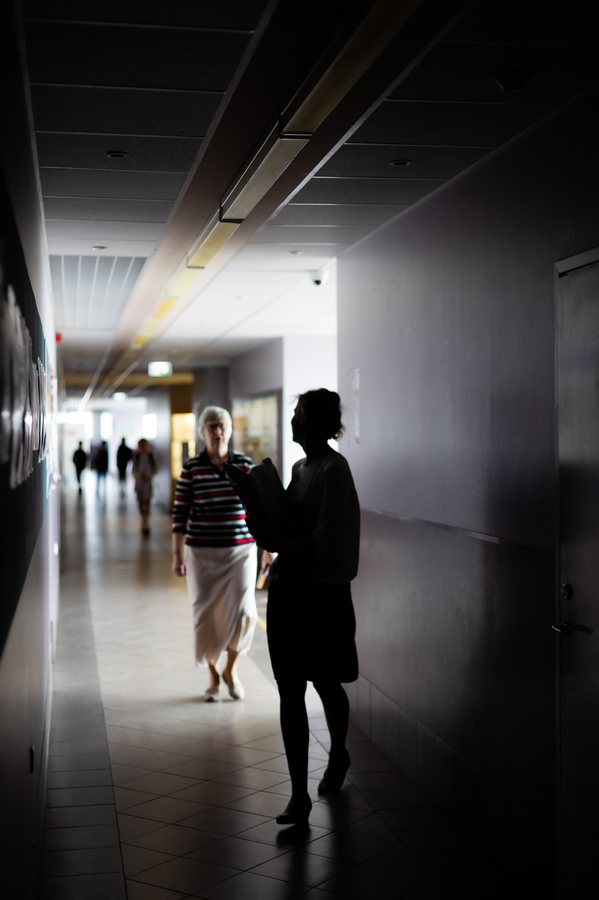